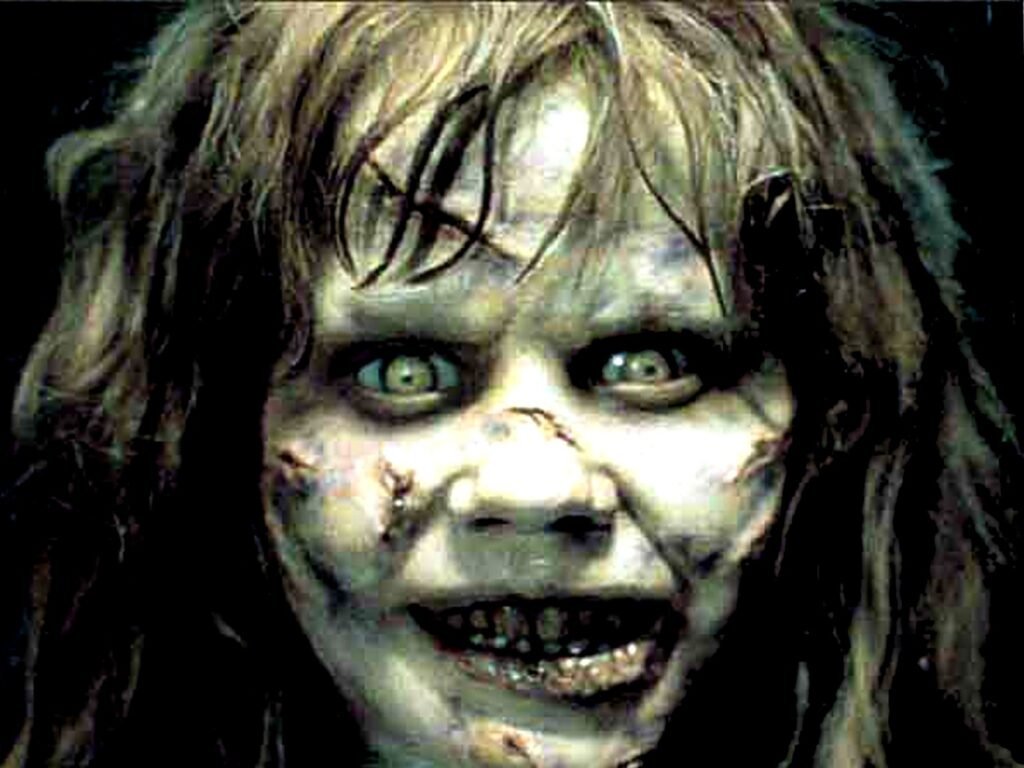 Why Does the Exorcist Still Scare Us?

The horror movie was a story of a 12-year-old girl named Regan who became possessed by a demon and underwent an intense Exorcism by Catholic priests. The film was based on a true life paranormal story of a young boy named Roland Doe in Maryland in 1949 who actually went through several exorcisms because he was thought to be possessed by demons.

William Peter Blatty wrote the original novel and screenplay in which he changed the characters and embellishments to protect the real life person.

“Obviously the Exorcist is a movie that has withstood time and will continue to do so because it is such an amazingly well made project where you have the top people putting together something that allowed them to be the best at what they do with the best special effects. People had never seen anything like that before.” Blair explains talking about the make up artists, sound effects and the motorized life cast used as a Regan replication.

“It was all before CGI (Computer-generated imagery) and that’s what blows people’s minds,” describes Blair.

“It is meant to upset you and you can’t come close to it nowadays. The movie delivers,” she says.

Blair also attributed the intense acting that was required as well. It took about a year and a half to film because of the long rehearsals.

“We rehearsed for almost 6 months before we started filming. It was a long haul,” explains Blair recalling the freezing cold temperatures they also had to endure. Being only 13 years old but groomed in the acting field since the age of 6, Blair didn’t see her role as a religious war at the time despite what fans thought who couldn’t seem to separate Regan from Blair. She looked at the role as a job, another character she would have to play. She recalls asking the director how she would learn to levitate or turn her head completely around in the infamous scene.

“No sweetie, it’s special effects, he said to me,” says Blair, laughing. “A child is very impressionable.”

Amazing special effects ahead of its time and superb acting aside, there are real life aspects of The Exorcist that are still so controversial in regards to spirituality, faith, religion and the after life that exploded as a result of the film.

“They talk about good versus evil on the planet.

“He (Blatty) put in this information that had never been exposed to the rest of the world about so called exorcisms. It was kept in a closet; it was a deep hidden secret of the Catholic Church.”

Blair went on to star in many television shows and movies, many of them horror related and paranormal related including the popular reality show which Blair hosted, “Scariest Places on Earth” that aired from 2000 to 2006. The show traveled to venues all over the world known for hauntings and evil pasts and different groups of people volunteered to stay the night if they dared.

Today, Blair is fighting a real life good versus evil battle as an animal activist through her Linda Blair Worldheart Foundation, which was born out of both her lifelong love of animals and the need to fight animal cruelty through education, rescue and adoption of dogs.

“I have one of the largest animal rescues in America,” says Blair.

As to why The Exorcist still gives many of us nightmares because we can’t resist watching we may never really pin point that down. There is no question it had an incredible influence in both cinema and the paranormal world. It would depend on the person and perspective. Or maybe the demon made you do it.